This is the second of two articles written by Robert Timms, Oxfam EDP board member. (The first can be read here.)

A key component of funding for the enterprises supported by EDP is to put in place lending to promote growth. In the countries supported by EDP (currently Honduras, Nepal, Bangladesh and Rwanda, in addition to Ethiopia) there is often a “missing middle” for access to finance: the gap between microfinance on the one hand, for very small-scale loans, and large commercial loans on the other hand, for already-established businesses seen as comparatively low-risk.

EDP bridges this gap by working with local financial institutions to provide loan guarantees. Apart from handling the admin – a bank’s core business involves lending, tracking repayments and managing regulatory requirements – a financial institution can enable an EDP-supported business to build up a credit history, possibly for the first time.

In Addis Ababa we visited Zemen Bank, one of the local institutions working with EDP, to understand their viewpoint. Primarily, of course, any bank would see the appeal of lending with a guarantee. But for the supported business, the benefits of EDP’s backing were immediately apparent: the bank confirmed that the terms for an EDP-guaranteed loan are much more favourable than a business with no credit history could normally expect. This leads to not only a lower interest rate, but also a more flexible schedule of repayments. 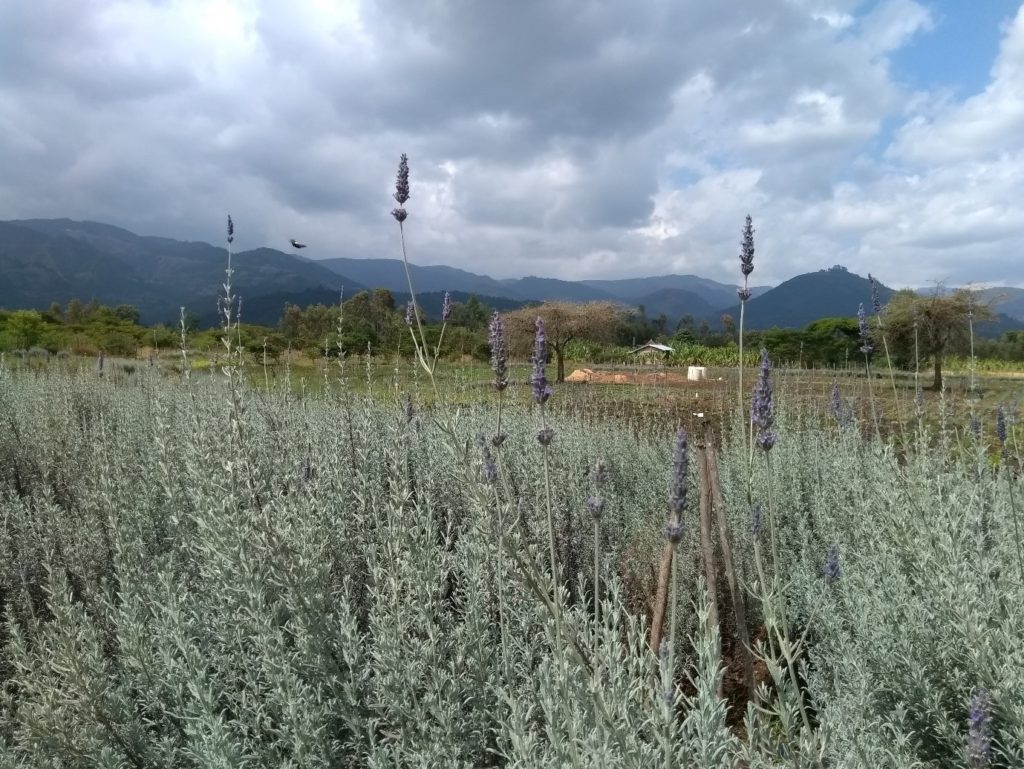 Lavender being grown in the Southern Highlands

As one of the EDP enterprises was approaching its final loan repayment, Zemen Bank also stated that they would be willing to offer a second loan if required, with a smaller percentage of collateral needed from EDP. The steady build-up of credit history means that if each loan is repaid on schedule, the supported business will have a greater chance of obtaining a loan with smaller external backing in the future, and eventually needing no external backing – leading to a more sustainable financial footing.

So EDP shoulders much of the risk in determining which businesses to lend to. As with any risk, this needs to be carefully managed. In the case of EDP an Investment Committee, whose members generally come from a finance background, is responsible for selecting candidate investments and coordinating appropriate due diligence. In many respects this is analogous to a private equity or venture capital approach, but taking into account specific social impact goals as well as purely financial criteria.

For donors to EDP, it’s a highly attractive proposition: money won’t just benefit a single enterprise as a one-off gift; instead, successfully repaid loans can be recycled time and again, either into a subsequent phase of the same business if required, or, after an EDP exit, into the next exciting enterprise.

One such exciting enterprise is GreenPath Food. Dozens of business metaphors are based on farming, so I found it quite satisfying to experience something which genuinely involves physical plant growth, and not just growth of numbers in a spreadsheet!

GreenPath was founded by a team who had previously worked for a range of horticultural and social enterprises, as well as for Ethiopia’s Agricultural Transformation Agency. They struck me as having an energetic start-up mentality: a detailed plan for scaling, a willingness to experiment and pivot if necessary, a data-driven approach, and a let’s-make-it-happen attitude.

We visited GreenPath’s base near Butajira, in the Southern Nations, Nationalities and Peoples’ Region (SNNPR), which was a couple of hours’ drive from the capital. While the road was generally in good condition, it was sufficiently bumpy that my phone told me I’d done 10,000 steps by the time we arrived – even though all I’d done by then was walk a few metres from my hotel to the van. That’s my kind of exercise.

Overall, GreenPath’s mission is to support their Partner Farmers in moving to high-export-potential supply chains, thereby yielding greater value for the farmers and their families – in a sustainable way which is inspired by permaculture practices. This means switching to crops like avocados and kale, alongside various herbs (which, as well as having a market value, will promote pollination and repel pests), rather than the more typical regional crops of teff, maize, chaat or coffee. 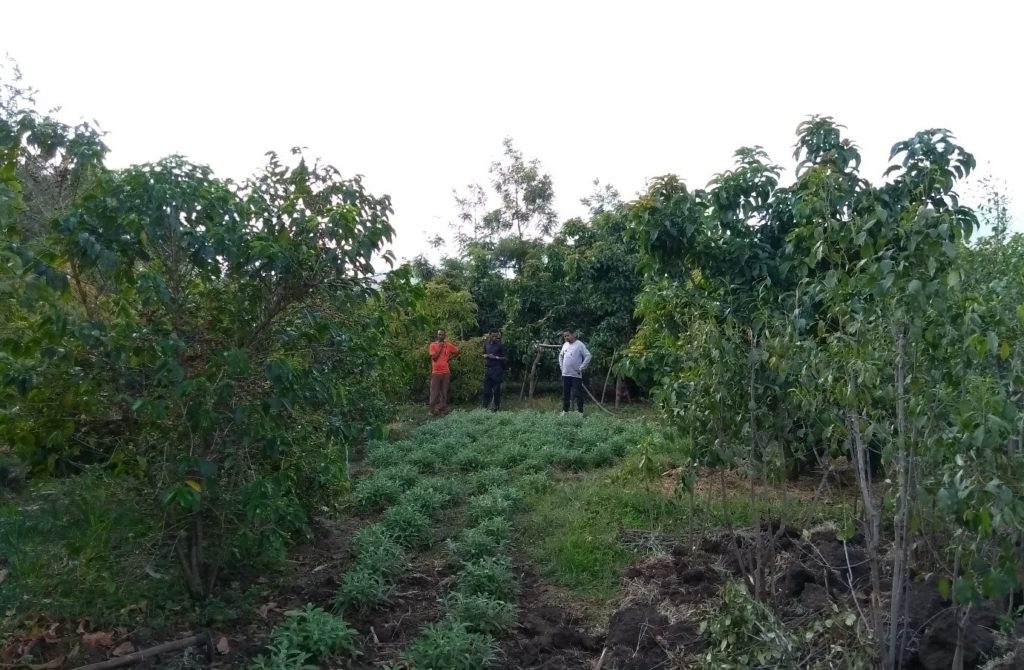 Sage planted alongside avocados at a GreenPath Partner Farm

Crucially, Partner Farmers need to commit to the idea of organic farming, to boost the value of the crops in Middle Eastern and European markets. GreenPath use a German consulting firm to maintain organic certification to EU standards – essential for anyone wanting to target the EU market. As we entered GreenPath’s main nursery, I saw that one consequence of this was having to step my shoes through a foot bath to avoid infection. I also learned that planting a proportion of legumes is needed for organic certification. 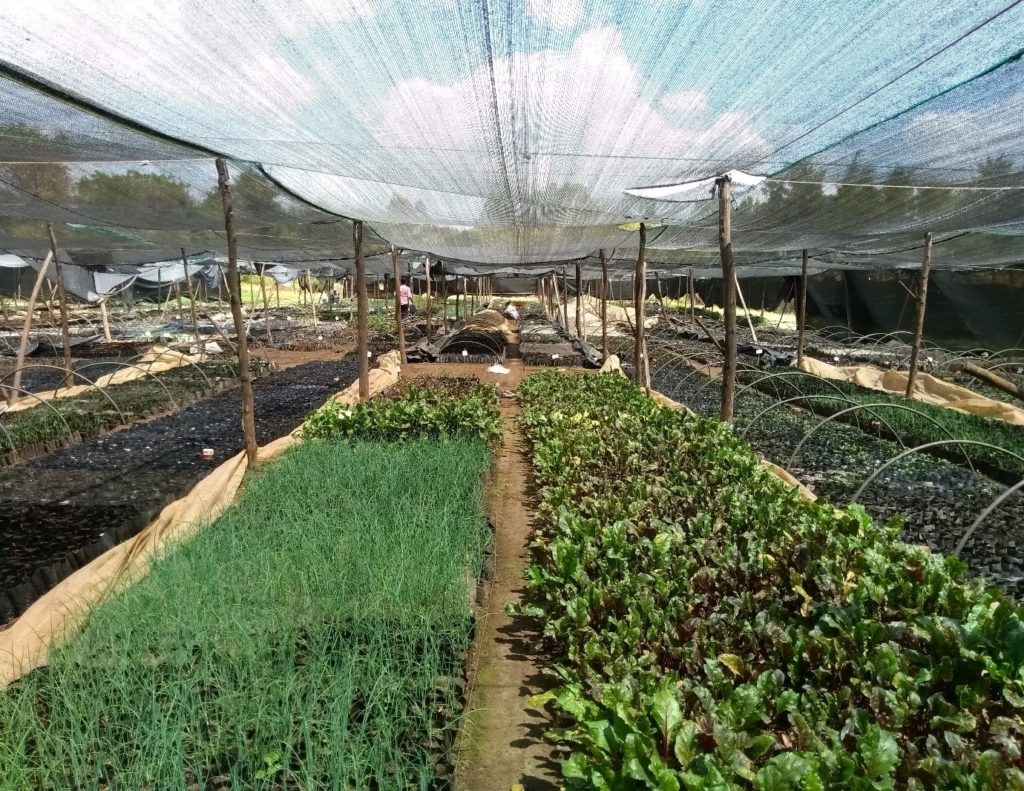 Beet and other crops in the GreenPath nursery

GreenPath provide Partner Farmers with “starter kits” (including an avocado tree, which can be expected to last around 25 years) to convert part of their land to GreenPath’s intercropped planting, as well as training and ongoing credit for seedlings. In addition to promoting export sales, GreenPath offer Partner Farmers an attractive price premium for any produce which is targeted at domestic markets.

EDP has a particular focus on women’s economic empowerment, which chimes well with the fact that GreenPath weight female-headed households higher in their selection criteria. In Addis Ababa it’s easy to see (in person and via the media) plenty of women in roles challenging traditional stereotypes – e.g. federal police, construction workers, the country’s president. But outside the capital this was much less prevalent. Cultures differ, and all of us should take care not to force our views on others; but in the case of communities in the SNNPR, it can certainly provide some inspiration to the next generation if, as is the case with GreenPath, you see that the managing director of a successful business is a woman.

In the SNNPR, the average annual income per farm for maize is around 4,000–5,000 birr. Today, the most productive farmers who have switched to GreenPath’s intercropping system are earning 9,400 birr every 2 weeks during peak growing season. This is a really significant gain – one which GreenPath hope to replicate across many more Partner Farms.

Like any ambitious business, GreenPath are always looking ahead to the next milestone. In addition to generally trying to scale up their achievements today, a specific objective is to double Partner Farmers’ production in 2019. And having air-freighted fresh herbs so far, they are currently experimenting with drying herbs for export, possibly for use in tea.

Keeping produce fresh is critically important, so cold stores play a key role in GreenPath’s Farmer Service Centres, where crops are collected from their 100+ farms. They’re currently looking at upgrading their cold stores to new models which have UPS (uninterruptible power supplies) built in, for greater resilience. I asked whether it would be possible to move to a fully off-grid solar approach – but unfortunately, despite plenty of sunshine for most of the year, the Ethiopian rainy season means three months of near-continuous cloud cover. However, GreenPath plan to use solar to substantially reduce grid requirements, as well as using solar pumps for irrigation on the farms themselves.

Currently electricity in Ethiopia is relatively cheap (about one-quarter of the cost in neighbouring Kenya) – and once the Grand Ethiopian Renaissance Dam on the Blue Nile is complete, Ethiopia expects to have a surplus and start exporting. But governments can change subsidies, taxes and policies, so reducing reliance on the grid will also help to hedge against future price fluctuations.

GreenPath was just one of the highlights of my visit to Ethiopia. During a busy and productive week, I visited a number of existing enterprises which the EDP invests in, as well as potential future investments, and spoke to various inspiring Oxfam team members helping to innovate very positive change. This was a fantastic insight into the incredible range of businesses – and livelihoods – supported by EDP, and I hope my descriptions have done them justice!

I also found that Ethiopia has a very different system of times and dates to the UK. The day typically begins at 1.00 a.m. – which I would think of as 7.00 a.m. This means that 1.00 p.m. is what I would think of as 7.00 p.m. The solar calendar means that there are 13 months in every year; and don’t ask me to try to explain the year numbering. But like the rest of my visit, I found this fascinating – who wants to travel to places where everything is the same?

If you’d like to get involved with EDP, either as an individual philanthropic supporter, or as a corporate partner, please contact Edward Thomas, who will be happy to discuss details with you.