This is the first of two articles written by Robert Timms, Oxfam EDP board member.

EDP is an innovative model that provides support to entrepreneurs in some of the world’s poorest countries to help them create and build viable, sustainable businesses – through an intelligent mix of loans, grants and technical assistance. The resulting jobs and associated opportunities provide benefits for both the employees and the wider communities around them, lifting some of the world’s poorest families out of poverty.

As an EDP board member, the essential work of looking at spreadsheets and written reports gives me a good understanding of how an enterprise operates and where EDP might provide guidance for possible improvements; but visiting in person is a different experience altogether. It’s one thing to hear that a workshop makes a certain number of beehives per carpenter per week, but quite another to hold a half-made hive in your hands – and to taste the honey produced by the cooperative which the workshop supports.

Ethiopia is, quite justly, proud of its past. In Addis Ababa’s National Museum you can see the skeletons of the world’s oldest hominins discovered to date: Ardi, Selam and Lucy (known in Ethiopia as Dinkinesh, which means “marvellous” in Amharic). Staring at the remains of ancestors who lived over three million years ago is a good way to remind yourself that life really is very short, so you should get on with doing something!

Not content with merely being the cradle of civilisation, Ethiopia also lays claim to the origin of coffee, with the legendary story of Kaldi, the ninth-century goatherd in the province of Kaffa, who noticed his goats energetically jumping up and down after chewing on bright red berries.

Much more recent history is also very noteworthy. Since Abiy Ahmed became prime minister in April 2018 there has been an incredibly fast pace of change. In October 2018 he announced a cabinet reshuffle with 50% female appointments, following which Sahle-Work Zewde took office as Ethiopia’s first ever female president. Thousands of political prisoners were released; links with Eritrea were reopened; and simplified visas were introduced for visitors from other African nations. As a result I noticed a spirit of cautious optimism among those I spoke to during my visit to the country.

Economically, Ethiopia has experienced very positive change over the last decade, to the extent that it has become the fifth fastest growing economy in the world, achieving major successes in the fight against poverty. However, poverty is still significant, especially in rural areas; there is still ongoing conflict in some parts of the country; and although there was no drought in 2018, and none is forecast for 2019, climate change represents a major threat to Ethiopia.

Located in the west of the country, a few miles from the border with Sudan, the Asosa Multipurpose Union was one of the first enterprises to receive EDP investment, starting in 2009. Whilst travel by road between the town of Asosa and Addis Ababa is possible, there are sometimes disruptions due to security concerns, which can create distribution challenges for businesses in Asosa wishing to sell goods in the capital. We took the fast (or should that be “lazy”?) option: an Ethiopian Airlines flight of just over an hour.

From the centre of Asosa, with its striking red earth, to the Seed Union itself, the preferred mode of transport is a Bajaj: what might elsewhere be called an auto-rickshaw or tuk-tuk has, in Ethiopia, become known by the name of the Indian company which is the world’s largest three-wheeler manufacturer.

Although it’s technically defined as a “multipurpose” union of cooperatives, a core focus of the union is Niger seed grown in the area around Asosa – so it’s often informally referred to as the Asosa Seed Union. The union buys Niger seed from the farmers, and then adds value by processing the seed into edible oil for cooking, selling it in both Asosa and Addis Ababa. 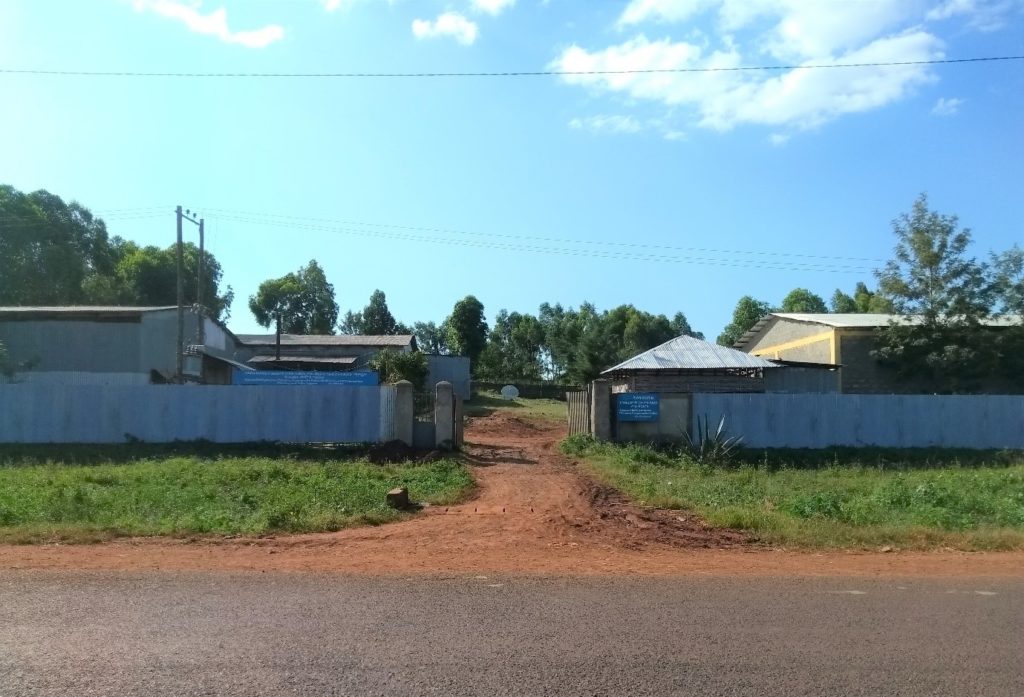 Whether you’re running a business in America’s Silicon Valley or Ethiopia’s Benishangul-Gumuz region, many constraints, challenges and opportunities are identical. For example, scaling up to meet increased demand (do we have enough working capital, and do we have the infrastructure to support the required volumes?). Or spare parts and maintenance for equipment, both in a practical sense (do we have the equipment to replace this if it breaks?) and in an accounting sense (have we factored in ongoing costs to maintain this?).

However, some considerations are always unique to the local context – and a clear example of this in Ethiopia is the legal status of a cooperative, or union of cooperatives. I learned that historically, many cooperatives were started by the government for political reasons, rather than being instigated by the farmers themselves, although a cooperative’s board is typically elected from among the farmers it represents. While governments and politics have changed in Ethiopia over the years, it’s still important that any cooperative works on good terms with the local representative of the Cooperative Promotion Agency – something the manager of Asosa Seed Union is used to, having previously managed a nearby mango cooperative (which, as it happens, is also supported by EDP investment).

Other limitations are driven less by legislation and more by practicality. For business-critical data, if you’re sitting in an office in central London, it’s comparatively easy to automate secure backup to a private cloud, or simply run everything off cloud services to start with. But in rural Ethiopia, there may be no reliable Internet to speak of, so in the case of Asosa Seed Union a more physical approach is needed, for example using USB storage.

How EDP has helped

EDP’s innovative model provides support to enterprises in a number of ways, the biggest of which – by monetary value – is the provision of loans to promote growth. Standing in the processing plant at Asosa Seed Union, I was able to see the equipment which, when originally purchased, had created Benishangul-Gumuz region’s first Niger seed oil processing factory. 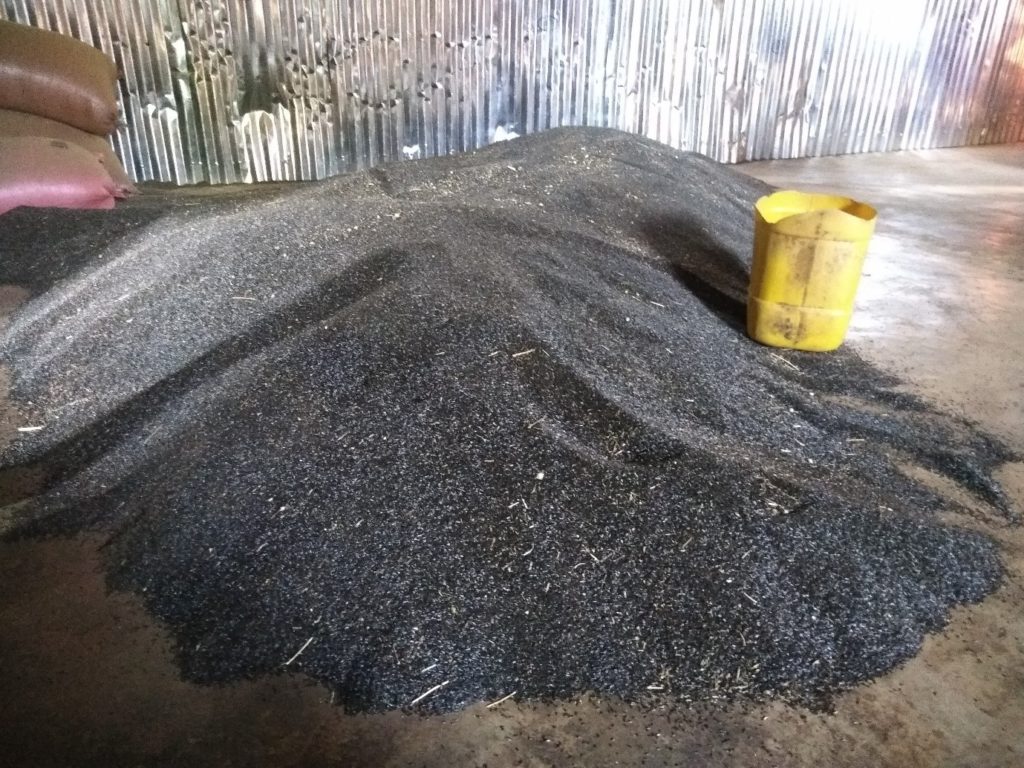 I got a great overview of the process by walking from one part of the complex, where bags from the farmers are stored awaiting processing, to the next area, where the fine seed is piled up in small black mountains, through to the processing machinery itself and then to the oil bottling area. 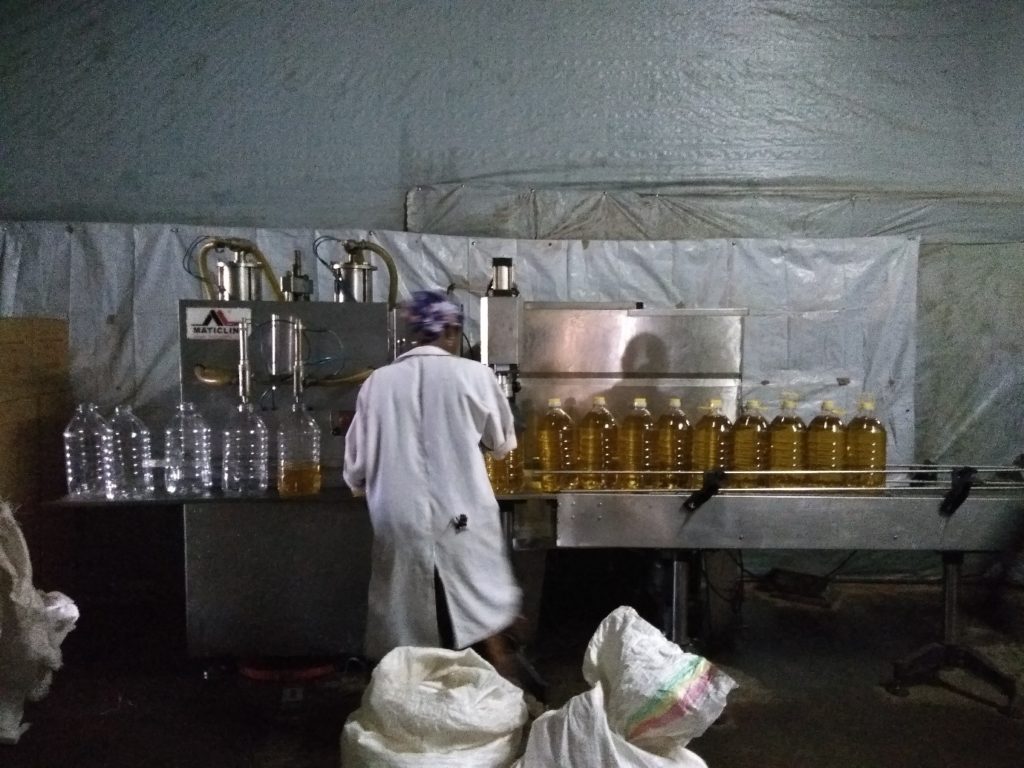 Since EDP’s first investment a decade ago, the number of beneficiary farmers has almost tripled, from over 6,000 to over 17,000, and the union pays farmers a price which is pretty much fixed throughout the year – providing the farmers with price stability. A fair deal for farmers and the wider community is a key aspect of EDP investment: if the focus was purely on monetary profit for the business itself, and aiming for a 10x return to investors, other organisations would be better suited to provide funds. But central to EDP’s mission, as part of going where others do not, is to look not only at financial viability but also at social impact: there is a core focus on improving livelihoods (for example, through increasing salaries paid to staff or payments made to farmers) and on women’s economic empowerment in particular (for example, making increased women’s participation in leadership roles a pre-condition of EDP support).

Loans aren’t the only form of support provided by EDP. Grants are also available for specific cases, and technical assistance is provided by local EDP staff, who regularly visit the various EDP enterprises across the country – and who know the country context from the inside. In the case of Asosa Seed Union, for example, EDP’s finance specialist is able to give guidance to the accounts team on enhanced reporting, by exporting data from the accounting system into Excel templates which can show cumulative figures and trends in a graphical format, to better inform management decisions.

Before leaving the Benishangul-Gumuz region, I had the opportunity (thanks to another Bajaj trip, passing fields of Niger seed and beehives hanging from trees) to visit a nearby community to hear first-hand from the farmers about their experiences with supplying to Asosa Seed Union. This was really useful in terms of understanding the human dimension of what is often clinically referred to as “the supply chain”. For example, growing maize is actually six times more productive than growing Niger seed (in terms of number of quintals per acre), so even though it typically attracts about one-third of the price of Niger seed, this still means each acre of maize could generate double the money of an acre of Niger seed. However, crops need to be rotated, so it’s too simplistic a conclusion to only attempt to grow maize. Indeed, most of the maize is grown for consumption by the farmers’ families rather than sale – so Niger seed typically is the main cash crop, which is why the Asosa Seed Union makes such a difference. 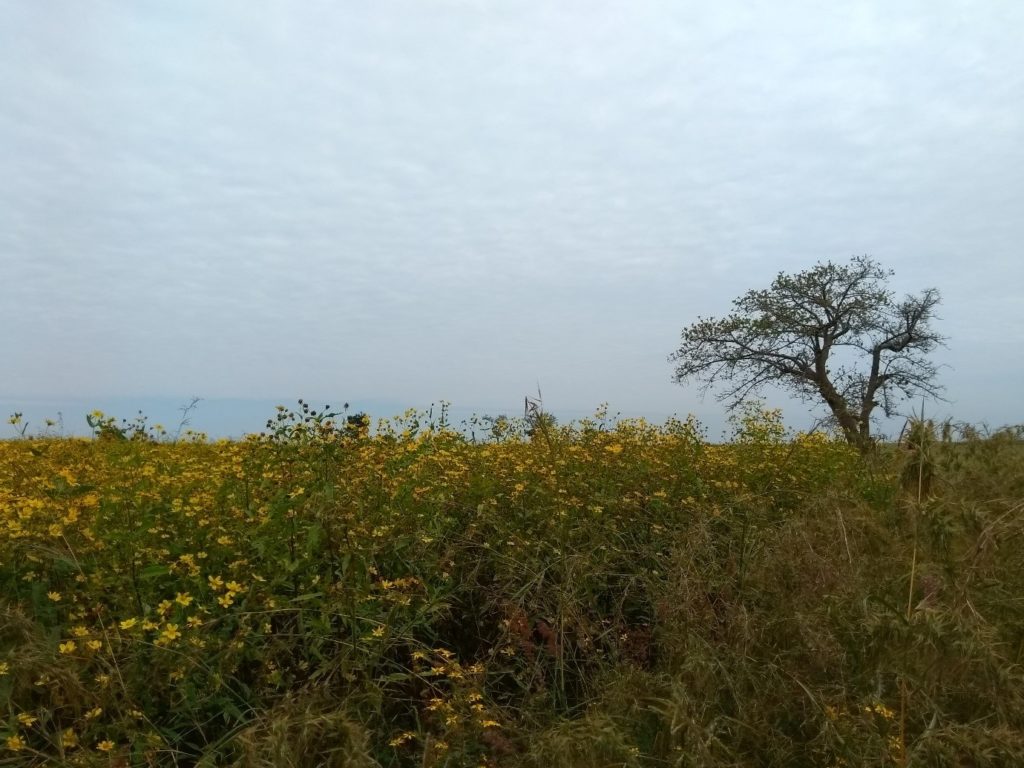 A field of Niger seed

While there are plenty more challenges for Asosa Seed Union to tackle (which is what makes growing a business interesting!) my visit to Asosa gave me a great sense of how the right support can help to transform local livelihoods. A support model which consists purely of gifting machinery or paying outright for buildings is not a sustainable one – unless there is always an organisation standing by ready to provide the next grant, which is not practical in the long term. But EDP’s support model, providing a combination of loans, grants and technical assistance, with a focus on social impact as well as financial viability, really helps enterprises to become self-sufficient, leading to long-term sustainable development.

If you’d like to get involved with EDP, either as an individual philanthropic supporter, or as a corporate partner, please contact Edward Thomas (ethomas1@oxfam.org.uk), who will be happy to discuss details with you.